14 Jun Deposit Wars: A Breakdown of Key Trends in the First Quarter of 2019

Deposit growth in the banking industry has become a zero-sum game for all intents and purposes.  Several months ago we published a white paper that revealed the deposit dilemma appeared more serious than anticipated, based on 2018 data.  The results in the first quarter of 2019 were mixed.  Here are five significant findings from our analysis of first quarter deposits: 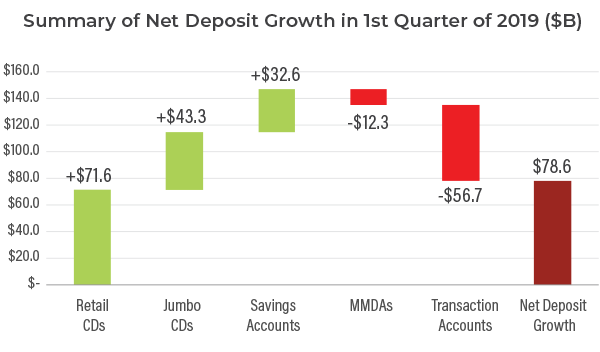 For what it’s worth, community banks under $1 billion, which had a relatively strong 2018 in transaction account growth, lost ground in the first quarter by shedding $2.9 billion of transaction accounts.  Who knows if this is an aberration or the beginning of a trend, but it does suggest size matters, and community banks might be far better off teaming up with one another through M&A, rather than continuing to slug it out. 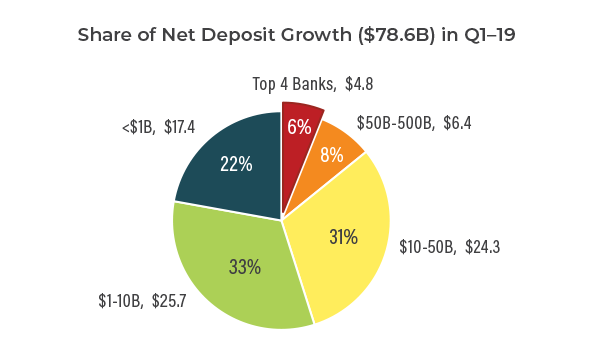 Between the relative success of community banks and the recent struggles of the top 4 banks, one may conclude that community banks are more than holding their own.  However, the top 4 banks all have a LTD ratio under 70 percent and have not been growing their loan portfolios, which suggests that they have not yet felt the urgency to release their arsenal on the banking market — or we haven’t yet felt the impact of their existing initiatives.  For example, we have yet to see the results from JPMorgan’s heavily-discussed branch expansion plans, which include 400 new locations over the next five years or Citi’s ROI from massive investments in digital banking. 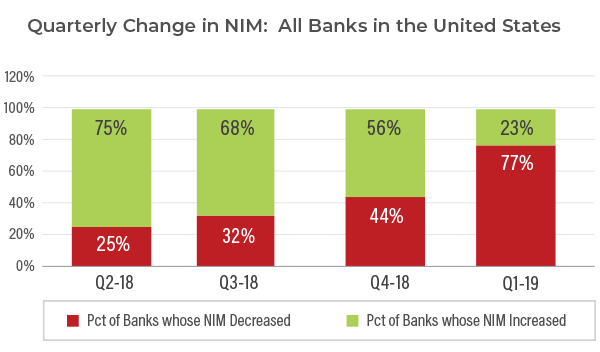 It’s also becoming more difficult for banks to compensate by procuring higher loan yields, as our BankGenome™ database shows that prepayment rates are increasing and renewal rates are decreasing as borrowers shop around to pre-empt an increase in their borrowing costs.

If you would like to see how your bank ranks in the quarter across all deposits or any deposit category by asset size, state, or a selected peer group, we would be happy to provide you with a complimentary report.  Please send an email to George Callas at gcallas@invictugrp.com or call him at (718) 219-0441 with your request.