The Federal Reserve issued a proposal in April that eases some rules for investors, while providing more clarity on the factors and thresholds it uses to determine if a company has a controlling interest in a bank. Those include total equity and voting stock investments, as well as the scope of business relationships between the company and the bank.  The proposed rulemaking would permit an investor to have a greater number of director representatives at the target company without triggering a presumption of control, a change from past practice.

“Providing all stakeholders with clearer rules of the road for control determinations will responsibly reduce regulatory burden,” Fed Chairman Jerome Powell said in a statement. “As a result, it will be easier for banks, particularly community banks, to raise capital to support lending and investment.”

Expect some changes to the proposed community bank leverage ratio before it becomes final. Now that the comment period is over, regulators are looking at the 1,171 letters, including from the American Bankers Association, the Independent Community Bankers of America, Idaho Sen. Mike Crapo (who sponsored the bill that established the ratio) and more than 1,100 “form letters” from community bankers, all asking for an 8 percent ratio, instead of the 9 percent or more that was first proposed.

Regulators say that the goal of the proposal was to simplify the capital framework for community banks while not reducing their regulatory capital. At the March 28 Advisory Committee for Community Banking, Ryan Billingsley, of the FDIC’s Division of Risk Management Supervision, acknowledged that even an 8 percent ratio is “more than what many banks are required to hold today.” (This is why Invictus is recommending that its clients calculate their own capital ratios using stress testing, rather than automatically opting into the framework).

Bankers also object to the proposed PCA proxy framework, saying it would be unfair to banks that opt into the CBLR and subsequently fall below the set ratio. The Conference of State Bank Regulators criticized the proposal for including mortgage servicing assets (MSA) and deferred tax assets in the qualifying criteria; banks with MSA concentrations that exceed 25 percent of tangible equity cannot opt into the framework.

The FDIC has released a seven-part podcast series, Crisis and Response: An FDIC History, 2008–2013, which describes the FDIC’s behind-the-scenes decision-making as hundreds of banks failed. The Federal Reserve, meanwhile, has posted dozens of interviews from former Fed Chairs, governors and staffers as part of a look at “life and culture” at the board over the past 50 years, tied to the Fed’s centennial in 2013.

Regulatory guidance, statements of policy and other interpretive rules must go through the Congressional Review Act, according to an April memo from the Office of Management and Budget. The memo notes that the CRA “specifically exempts rules concerning monetary policy” developed by the Fed, but everything else is subject to oversight. Until now, guidance had not been subject to CRA review.

Banking regulators in the fall issued a statement clarifying that guidance did not carry the same weight as rules or law, even though examiners have typically written up banks for not following guidance. “We have taken a number of steps to ensure our examiners understand this, including written instructions, all-hands examiner calls, and in-person training,” FDIC Chair Jelena McWilliams said in a March speech at the Banking Institute at the University of North Carolina School of Law. “We also are reviewing our outstanding guidance documents, the role such guidance documents play in the examination process, and our approach to issuing supervisory guidance going forward.”

While many community banks are looking at the data and analysis they’ll need for CECL, only about 5 percent have selected and tested the methodology they’ll be using, according to a survey of 521 bankers conducted by regulators for the Community Banking in the 21st Century conference last year. Federal regulators said on a recent webinar that no one method is appropriate for every loan portfolio.

The bankers in the survey expressed concern that CECL “will complicate collection of data on loan quality.” Banks that are concerned about data may want to consider joining a data-sharing initiative, according to BankGenome Project Director Guy LeBlanc. A recent Invictus survey of community banks found that more than 75 percent of bankers regarded their lack of data as a strategic risk. 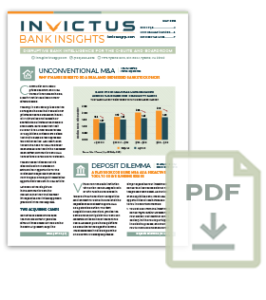